The Hindu OM Symbol - The Sacred Sound of AUM

The Om (or Aum) sign is the main symbol of Hinduism. Most religions indicate that creation began with sound-- In the beginning was the word... For the Hindus & Buddhists, Om is the primordial sound, the first breath of creation, the vibration that ensures existence. Om sign signifies God, Creation, & the One-ness of all creation. 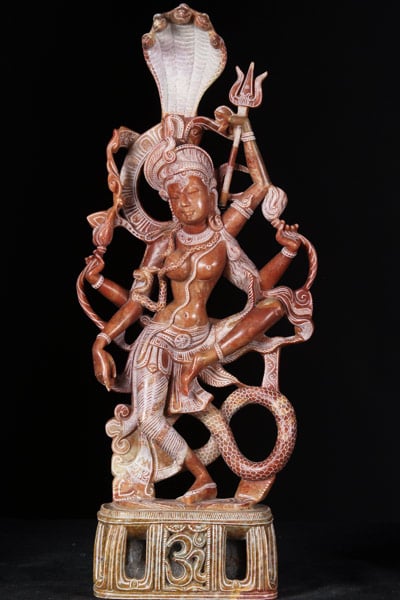 The Om symbol is a sacred syllable representing Brahman, the impersonal Absolute - omnipotent, omnipresent, and the source of all manifest existence. Brahman, in itself, is incomprehensible; so a symbol becomes mandatory to help us realize the Unknowable. Om, therefore, represents both the unmanifest (nirguna) and manifest (saguna) aspects of God. That is why it is called Pranava, to mean that it pervades life and runs through our prana or breath.

By sound and form, AUM symbolizes the infinite Brahman (ultimate reality) and the entire universe.


"The goal which all the Vedas declare, which all austerities aim at, and which men desire when they lead the life of continence . is OM. This syllable OM is indeed Brahman. Whosoever knows this syllable obtains all that he desires. This is the best support; this is the highest support. Whosoever knows this support is adored in the world of Brahma." 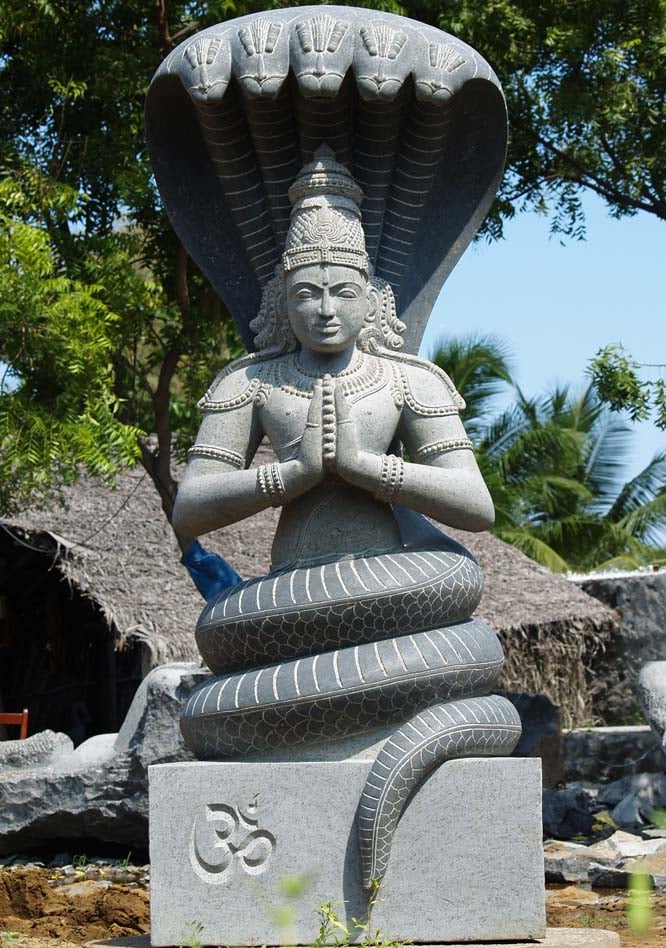 "A" stands for Creation

"U" stands for Preservation

"M" stands for Destruction or Dissolution

This is representative of the Trinity of God in Hindu dharma (Brahma, Vishnu, and Shiva).

The three portions of AUM relate to the states of waking, dream, deep sleep, and the three gunas (rajas, satva, tamas).

See All Of Patanjali Statues