Both in worship and in portrayals of the divine, Hindus are infatuated with the lotus flower. The very name of the Hindu worship ritual, puja, can be translated as "flower act." 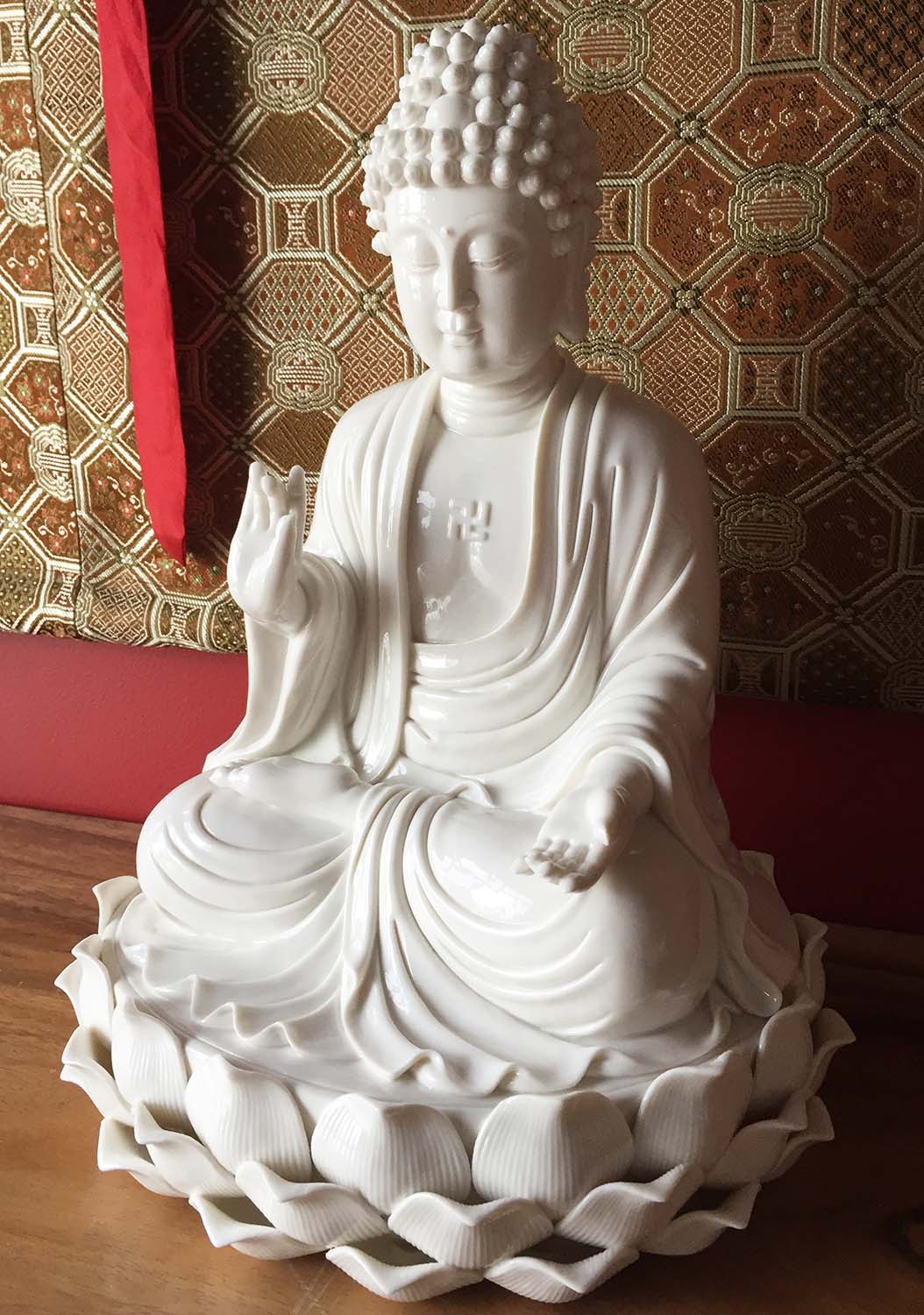 The lotus flower is the foremost symbol of beauty, prosperity and fertility. According to Hinduism, within each human is the spirit of the sacred lotus. It represents eternity, purity, divinity, and is widely used as a symbol of life, fertility, ever-renewing youth. The lotus flower is used to describe feminine beauty, especially female eyes.

One of the most common metaphysical analogies compares the lotus' perennial rise to faultless beauty from a miry environment to the evolution of consciousness, from instinctive impulses to spiritual liberation.

In the Bhagavad Gita, a human is adjured to be like the lotus; they should work without attachment, dedicating their actions to God, untouched by sin like water on a lotus leaf, like a beautiful flower standing high above the mud and water.

In the postures of hatha yoga, the lotus position, padmasana, is adopted by those striving to reach the highest level of consciousness, which itself is found in the thousand-petalled lotus chakra at the top of the head.

For Buddhists, the lotus flower symbolizes the most exalted state of human; head held high, pure and undefiled in the sun, feet rooted in the world of experience.

There is a story that the lotus arose from the navel of God Vishnu, and at the center of the flower sat Brahma. Brahma (the Creator), Vishnu (the Protector) and Siva (the Merger) are associated with the lotus flower. There are also accounts of the world born through a "Golden Lotus" and Padmakalpa, the Lotus Age in the Padmapurana (678 ce).


"Hindu texts describe that water represents the procreative aspect of the Absolute, and the cosmic lotus, the generative." 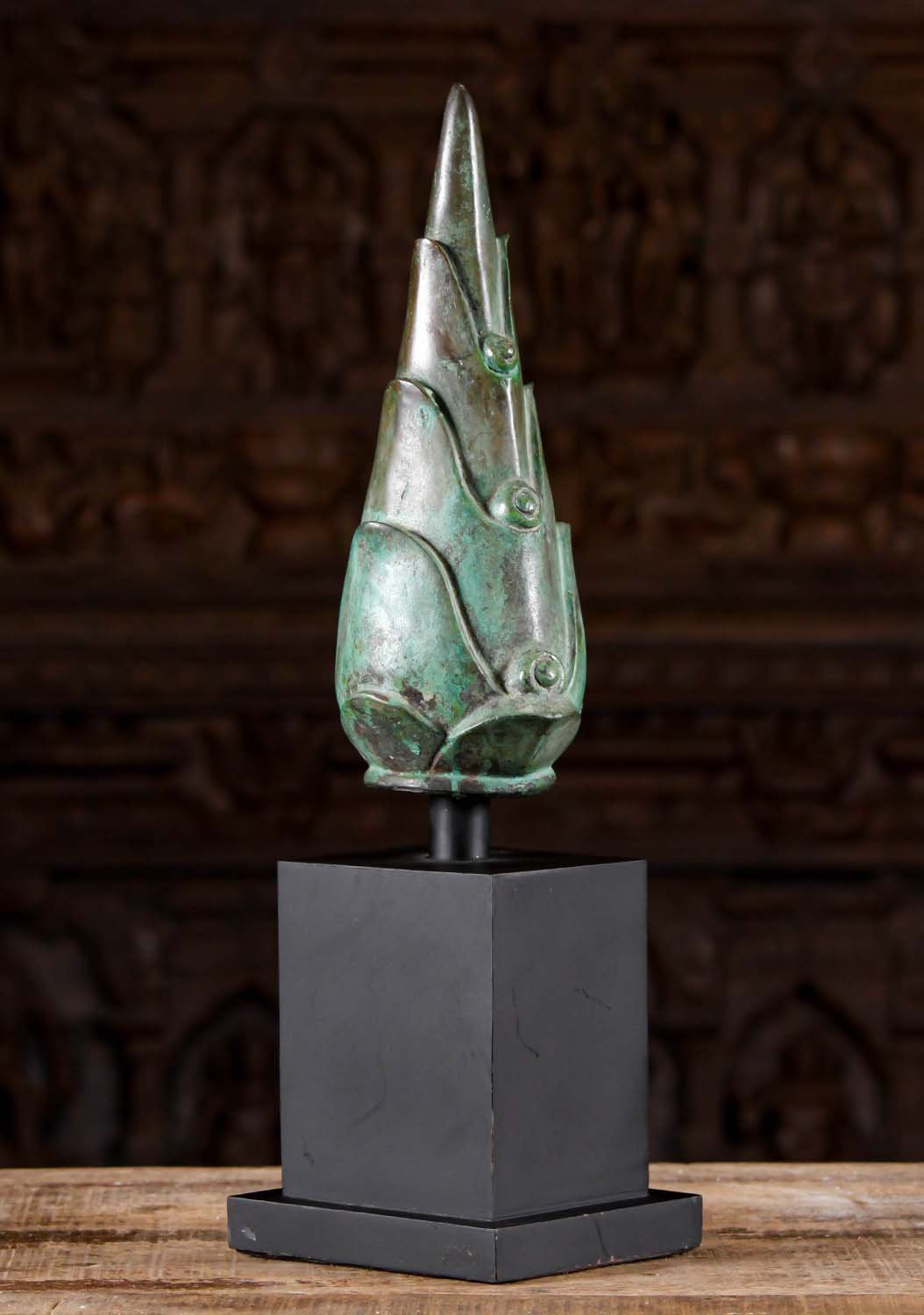 Trilok Chandra Majupuria of Tribhuvan University, Kathmandu, explains in Religious and Useful Plants of Nepal and India (1989, M. Gupta, Lashkar, India): "The Taittiriya Brahmana describes how Prajapati, desiring to evolve the universe, which was then fluid, saw a lotus-leaf, pushkara parna, coming out of water. It is described that when divine life-substance was about to put forth the universe, the cosmic waters grew a thousand-petalled lotus flower of pure gold, radiant like the sun. This was considered to be a doorway, or an opening of the mouth of the womb of the universe. Hindu texts describe that water represents the procreative aspect of the Absolute, and the cosmic lotus, the generative. Thus, lotus is the first product of the creative principle." The role of Lord Brahma was to re-create the universe after the great flood on this planet. In order to create the universe, He used the different parts of the lotus plant.

Goddess Lakshmi, patron of wealth and good fortune, sits on a fully bloomed pink lotus as Her divine seat and holds a lotus in Her right hand. It is also mentioned in the Mahabharata that Lakshmi emerged from a lotus flower which grew from the forehead of Lord Vishnu, and a garland of 108 lotus seeds is today used for the worship of Lakshmi.

The Goddess of Power, Durga, was created by Lord Siva to fight demons and was adorned with a garland of lotus flowers by Varuna.

Goddess of Wisdom, Saraswati is associated with the white Lotus. Virtually every God and Goddess of Hinduism; Brahma, Vishnu, Siva, Lakshmi, Saraswati, Parvati, Durga, Agni, Ganesha, Rama and Surya; are typically shown sitting on the lotus flower, often holding a lotus flower in their hand. The lotus which serves thus as the seat of the Deity, signifying their divinity and purity, is called padmasana or kamalasana.


"Visualize within yourself a lotus, centered right within your heart."