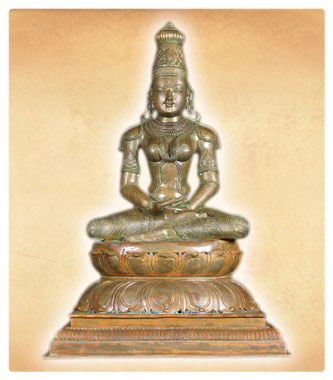 Parvati is the benevolent aspect of the ultimate female form of mother Devi.

She is the wife of Lord Shiva and mother of both Ganesha and Murugan.


Also known as Uma and Guari she is the Hindu Goddess of love, marriage, children, devotion, fertility and beauty.

Like her husband, Shiva, Parvati is a consummate meditator. Statues of Shiva are almost always shown with Parvati as a constant companion by his side. 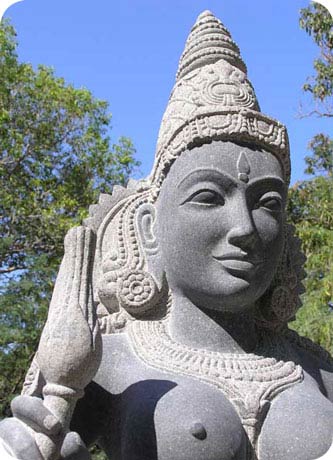 " I shall find another way to conquer Shiva's heart. When Shiva becomes my consort, Kama will be reborn," said the daughter of the mountain, Parvati.


Not Even a Leaf

Parvati went into the forest and performed rigorous tapas, wearing nothing to protect her tender body form the harsh weather, eating nothing, not even a leaf, earning the admiration of forest ascetics who named her Aparna.

Aranyani, the goddess of the forest, embedded the divine seed in the fertile forest floor where it was transformed into a robust child with six heads and twelve arms. 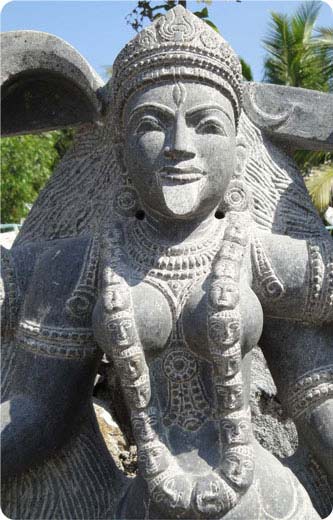 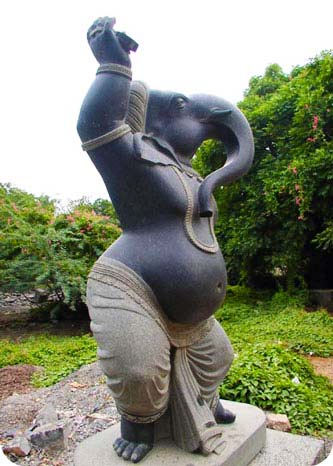