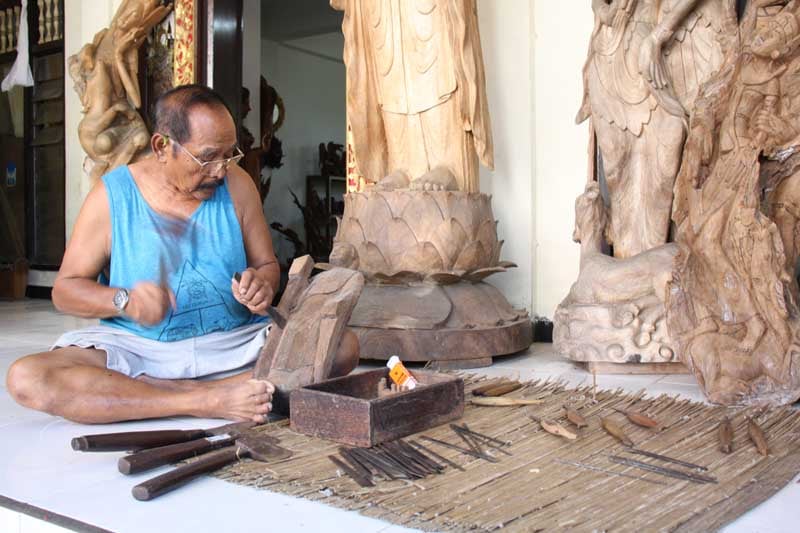 I first met Wayan on my first buying trip to Bali in 2002.  I was waking up at dawn and eagerly jumping on my motor scooter searching for new wood artisans.  I stopped everywhere!  I remember being largely disappointed in the quality of wood work.  It seemed to me that the majority of wood carving was very crude, lacking smooth finishes and the finer details that make a good sculpture.  It was done purely for tourists visiting the island to sell cheaply.  This was the complete opposite of what I was looking for.

"The faces of his Buddha statues have a depth and feeling that is only found with the masters"
I remembered first meeting Wayan.  He was casually seated idle outside his little storefront.  He was the epitome of nonchalant.  He was not interested if I purchased a statue or not and seemed to be completely at ease with just sitting out front of the shop while I looked around. 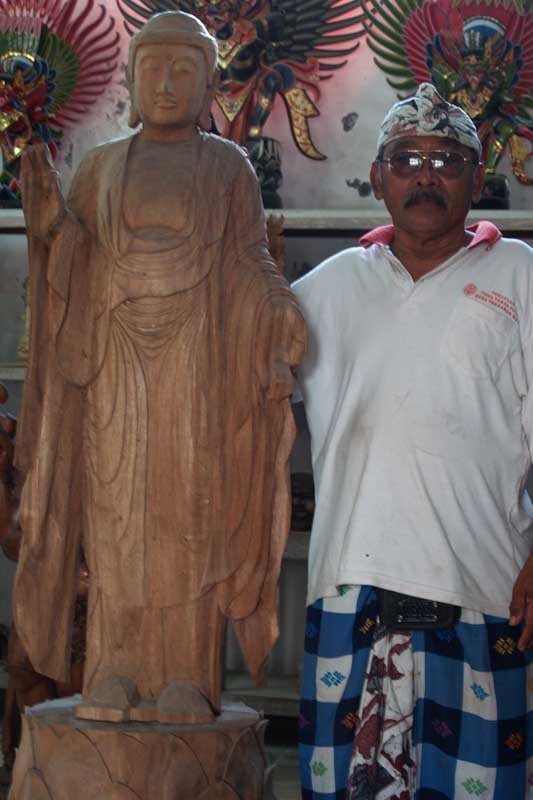 Wayan dressed in Balinese dhoti and head scarf used for visiting the temple
What I mistakenly  saw as indifference towards me was really not indifference at all but just the confidence of a man who knows his place in the world.  Wayan is a great grandfather who has been carving statues since he was a boy.  Over the years he has cultivated his own style and his own signature statue.  His standing Buddha statue with a blooming lotus base is just a stunning design and he executes it to perfection!  The robes ripple over the body like water flowing over a rock and his blooming lotus base looks like it is exploding with pollen!

Every time I see Wayan I order all the standing Buddha statues on the blooming lotus base he makes as well as his seated Buddha statues.  The faces of his Buddha statues have a depth and feeling that is only found with the masters.  Its as if the wise nature of Wayan is transferred into the Buddha he is carving. 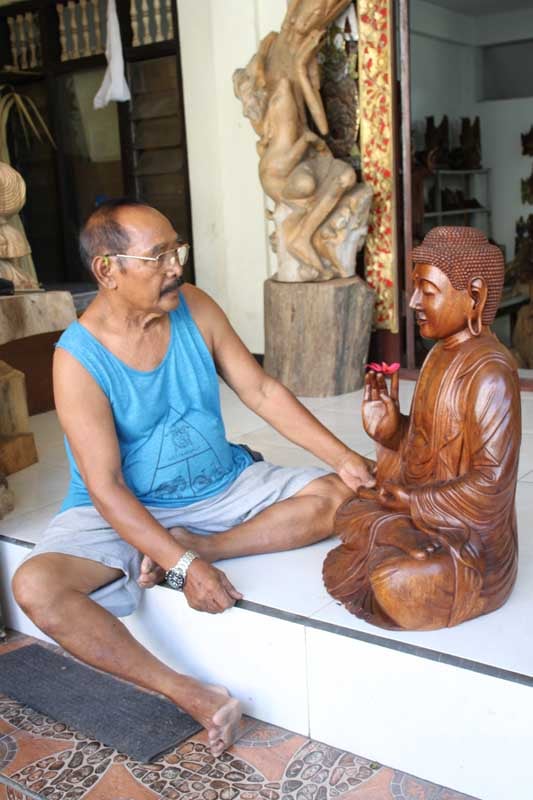 Wayan, admiring one of his Buddha statues

His son has taken up the torch for the next generation of wood carvers.  He is at the start of his carving career and is finding his own style and path for his life, like his father did a generation before him. 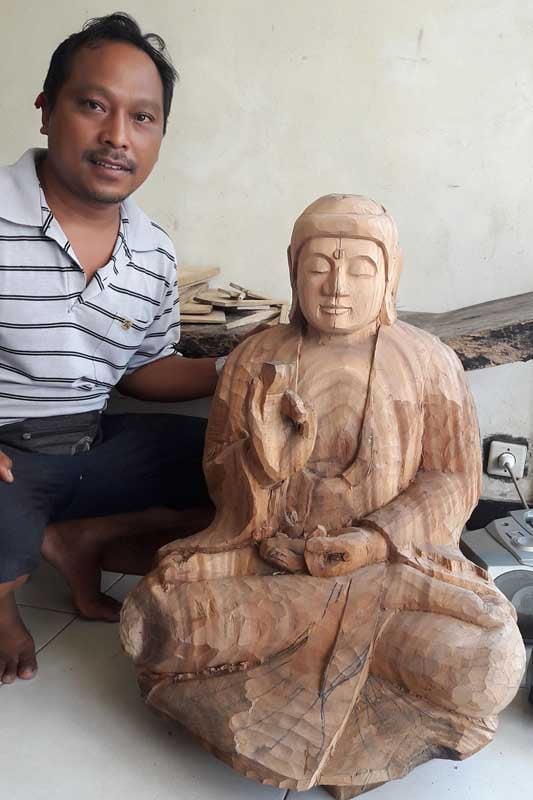 Now when I pass by his workshop his son is actively carving statues while Wayan is still busy enjoying the gentle  Balinese afternoon breeze.
written by Kyle, Founder of Lotus Sculpture 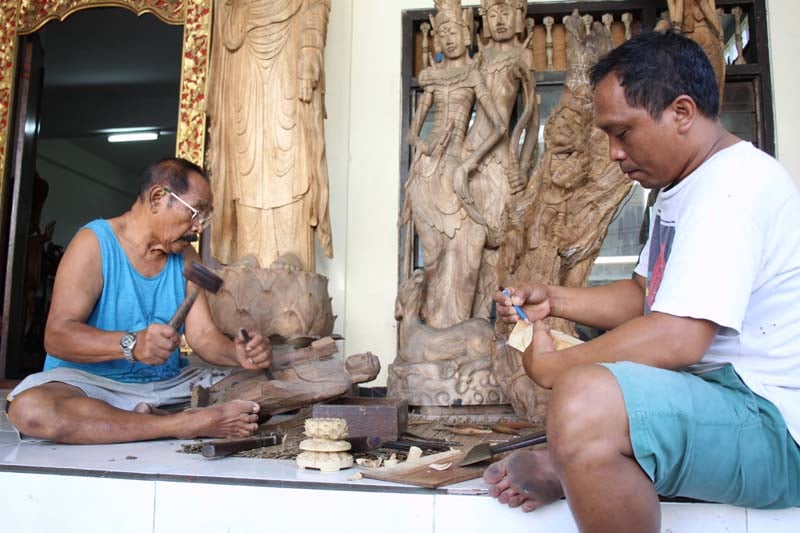 Click here to view all of Wayan's Buddha Statues